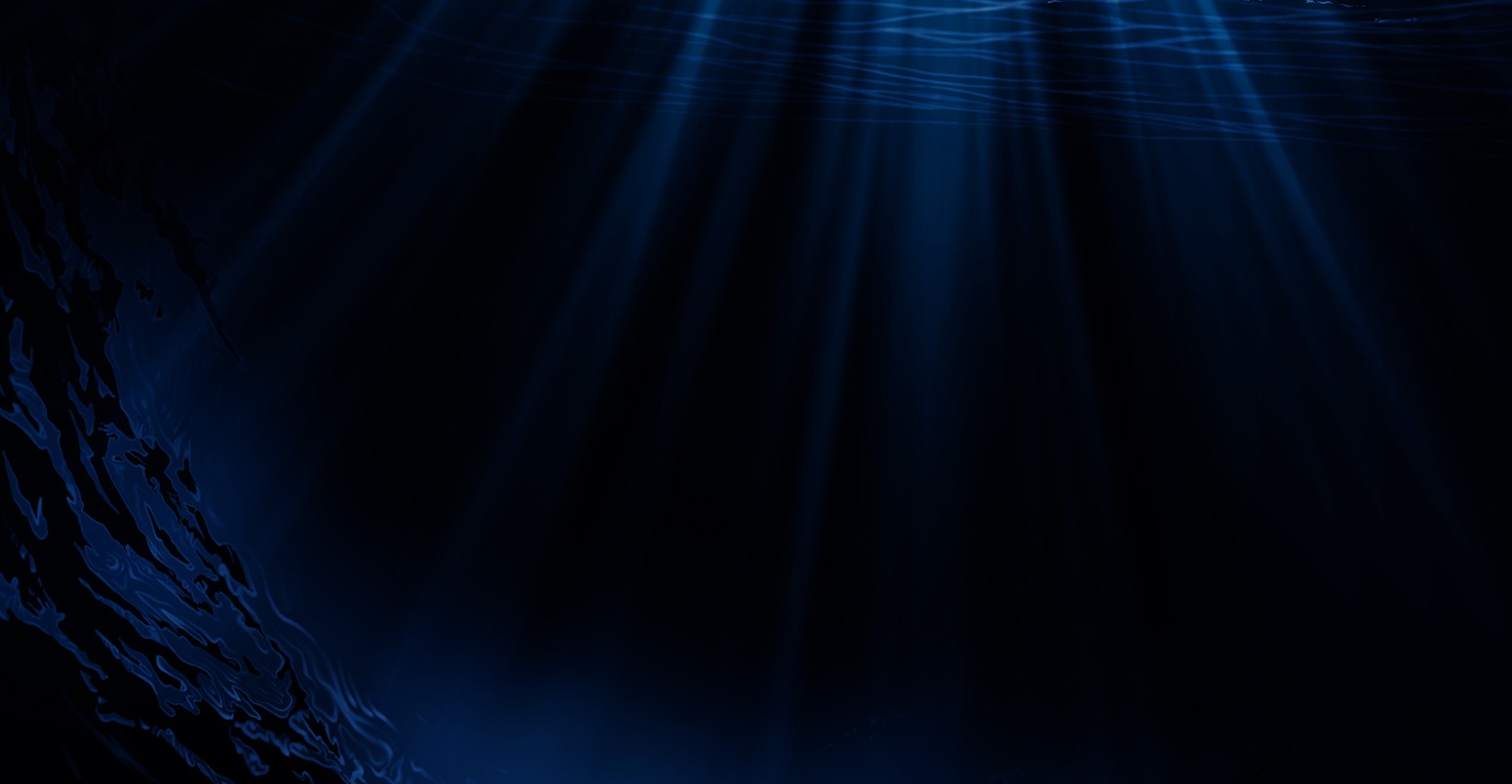 Beneath the waves: How the deep oceans have continued to warm over the past decade

02.02.2015 | 4:00pm
Ocean warmingBeneath the waves: How the deep oceans have continued to warm over the past decade

Alongside the news today that 14 out of the 15 warmest years at Earth’s surface have been in the 21st century, a new paper shows just how much the deep oceans are warming, too.

Between 2006 and 2013, the oceans took up a vast amount more heat than the atmosphere. But you have to look below the surface to find it, says the paper in Nature Climate Change. Using the latest ocean-observing technology, the authors find more than half the heat lurks in the deep sea, below 700m.

Scientists have known for centuries that greenhouse gases in the atmosphere trap heat and warm the planet. Today, scientists use satellite measurements to monitor how much of the Sun’s energy enters Earth’s atmosphere. A different set of measurements tells them how much finds its way out again.

The difference between those numbers is increasing, which means the Earth is trapping more heat than it used to. And that means the planet must be warming.

And since scientists know the oceans absorb more than 90 per cent of the heat the planet traps, it makes sense that the oceans should be warming, too.

Scientists are currently interested in why temperatures at the surface of the ocean have been rising slower than in previous decades, even though we’re emitting greenhouse gases faster than ever.

Sea surface temperatures across the globe increased by about 0.1 degrees Celsius since 1951, but showed no significant trend between about 1998 and 2013, today’s paper notes.

This raises an obvious question. If Earth is gaining heat, but the surface isn’t warming very much, where is the heat going instead?

Monitoring temperature change at Earth’s surface is a poor indicator of what’s happening below, says the new paper. The surface is strongly affected by natural climate fluctuations, such as El Niño, which can temporarily speed up or slow down the pace of warming.

Data collected by a network of free-floating sensors, known as ARGO floats, show that from January 2006 to December 2013, a lot more heat has been finding its way to the deep ocean instead.

Overall, the researchers found the oceans down to 2,000m depth warmed by 0.4 to 0.6 watts per square metre. Notably, about half of this warming occurred below 700m, the paper says.

The smaller volume of water between the surface and 500m means a similar amount of warming has caused temperatures to rise faster, by about 0.005 degrees per year.

The total warming between the surface of the ocean and 2,000m, 0.4 to 0.6 watts per square metre, agrees well with the increase in the heat being trapped by greenhouse gases in the atmosphere, the paper says. In other words, Earth’s energy budget effectively balances over the past seven years.

What we’re seeing in the surface is not an interruption in the amount of heat entering the oceans, rather it’s ocean dynamics redistributing that heat to deeper ocean layers, the paper explains. 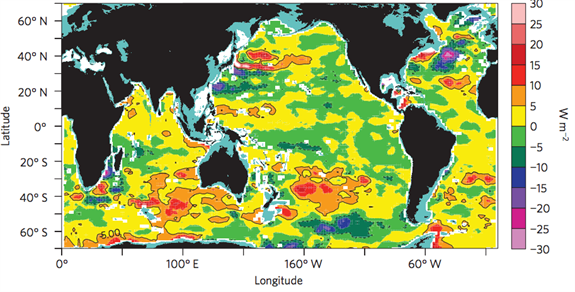 About two thirds of the heat taken up by the oceans since 2006 occurred in the subtropical southern hemisphere, mostly in the South Indian and Pacific Oceans with weaker warming in the South Atlantic, according to the paper’s findings. Some of their calculations suggest that figure could be as high as 98 per cent. The North Atlantic saw slight cooling, as you can see in the map above.

Usually, climate scientists look at trends over longer time periods than seven years. But when it comes to the oceans, collecting reliable data over such vast areas has been problematic.

Temperature measurements in the deep ocean have traditionally been sparse. Over the past 50 years, about half a million complete temperature profiles – from the surface down to 1,000m – have been collected, mostly by research ships.

Monitoring the seas became a lot easier in about 2000 with the advent of ARGO – a network of free-floating buoys measuring temperature in the top 2,000m of the oceans. Around 3,800 floats now collect 10,000 profiles per month, a total of 1.2 million profile since 2006.

As of 1nd Feb 2015, there are around 3,800 free-floating ARGO buoys traversing the oceans monitoring temperature and salinity in the top 2,000m. The image above shows only buoys that reported in the previous 30 days. Source: ARGO programme

But it’s proved difficult to combine the new ARGO measurements with older, more traditional measurements, the paper explains. The uncertainty you get when you try to estimate how much heat the ocean have taken up over more than a few decades is almost as big as the signal itself.

To get the most accurate current estimate of ocean heat uptake possible, the authors focus on just this period of ARGO data, which is reliable and has good global coverage.

It’s fair to say Argo has provided scientists with a wealth of new data, on top of the measurements from ships and satellites. But estimates of ocean warming still come with a fair bit of uncertainty. There are few ARGO floats in the Arctic and Indian Oceans, for example.

Warming may extend to below 2,000m, say the authors of today’s paper. But since ARGO floats don’t go deeper than that, reliable data is scarce. A new project, “Deep Argo“, hopes to rectify this, with a similar network of floats to monitor the ocean down to 6,000m.

As the biggest absorber of heat, it make sense that understanding climate change should mean understanding the oceans. And it’s clear that the oceans as a whole have warmed, despite what we’re experiencing up here on Earth’s surface.

The bottom line is the oceans aren’t an amorphous blob. Piecing together what’s happening at different depths and in different parts of the globe is critical.