Guest post: How weather forecasts can spark a new kind of extreme-event attribution

Extreme weather events across the world this year have been hitting the headlines at an alarming rate. To name a few, 2021 has seen flooding in ce... Read More Poverty, poor infrastructure and dependence on rain-fed agriculture are the main drivers of the ongoing food crisis in Madagascar, according to a new... Read More Arctic sea ice melt has driven an increase in “fire-favourable weather” across the western US over the past four decades, according to new resear... Read More Guest post: How hourly rainfall extremes are changing in a warming climate

The floods across Europe, China and the US in recent months have again brought to the fore the ability of extreme rainfall to take lives, destroy hom... Read More People born in 2020 will have to face between two and seven times more extreme climate-related events over their lifetimes than people born in 1960, ... Read More From heatwaves and hurricanes in the US to flooding in Europe and China, the weather over recent months has frequently hit the headlines. So, with... Read More Explainer: What the new IPCC report says about extreme weather and climate change

The new report from the Intergovernmental Panel on Climate Change (IPCC) on the science of climate change lands in the aftermath of a series of deadl... Read More State of the climate: 2021 sees widespread climate extremes despite a cool start

While the early months of 2021 have been cooler than much of the past decade, global temperatures have risen in recent months as the effects of La Ni... Read More Reported increases in major hurricanes in the North Atlantic over the satellite era are potentially a “recovery from a deep minimum in the 1960-198... Read More 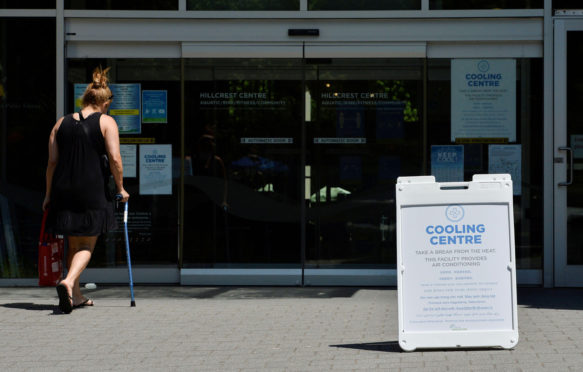 The deadly heatwave that hit north-western US and Canada in late June would have been “virtually impossible” without human-caused global warming,... Read More