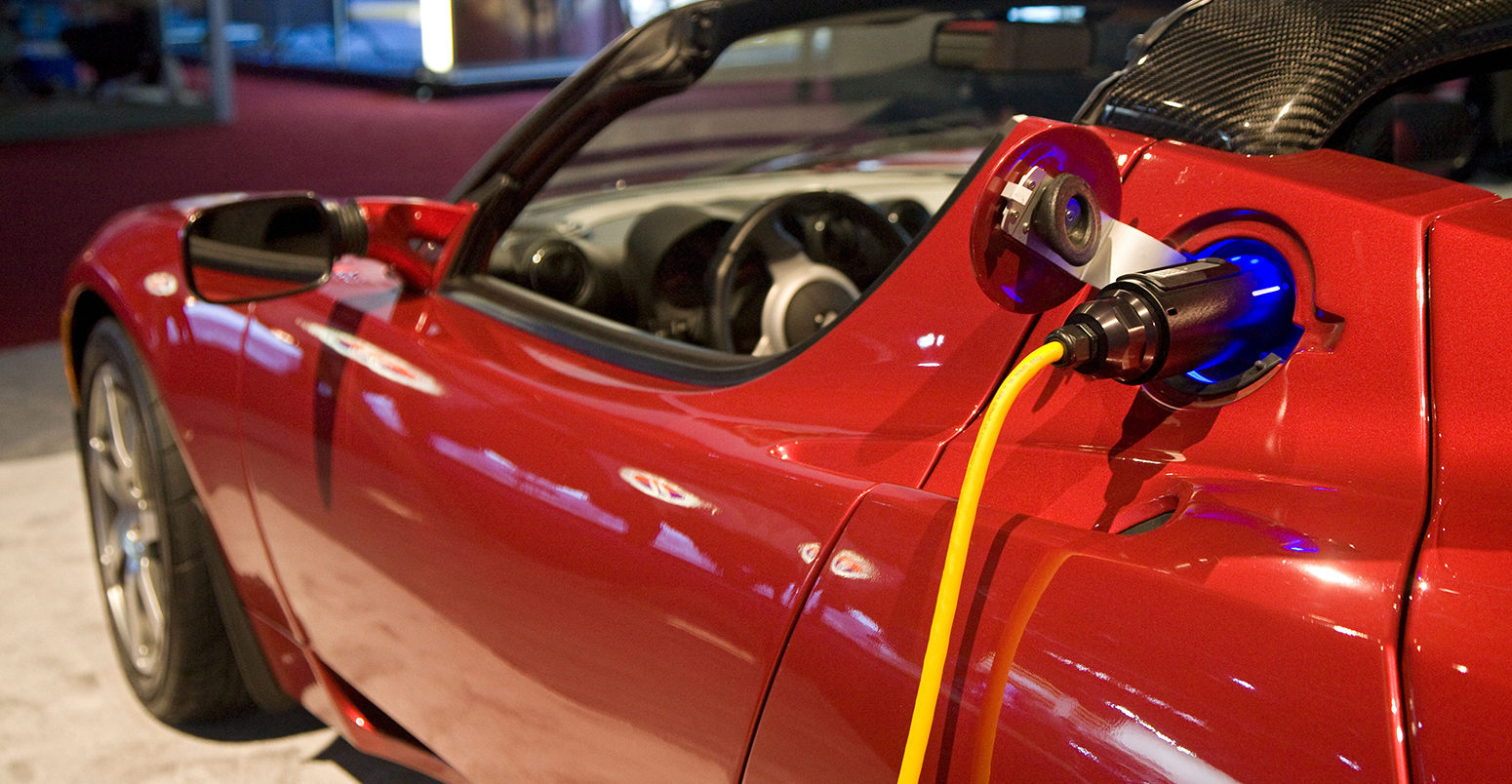 Factcheck: How much power will UK electric vehicles need?

Electric vehicles (EVs) could grow more than twice as fast over the next 10 years as expected just a year ago, potentially posing major challenges for the UK’s electricity grid.

That’s according to National Grid’s latest Future Energy Scenarios, published today. The annual report presents a wide range of possible futures, partly in order to flag those challenges, so that they can be planned for and avoided. It does not make forecasts of what is most likely to happen.

In one scenario, where 100% of cars go electric but smart charging and shared autonomous vehicles help manage the impact on the grid, peak demand could be limited to around 6 gigawatts (GW) in 2050. This is equivalent to 10% of the current 60GW peak demand on a cold winter’s day.

Yet in today’s media reports, several headline writers presented a more extreme scenario – in which no efforts are made to manage the impact of EVs on the grid – as a racing certainty.

Carbon Brief runs through the misleading headlines and picks out the other key points raised by this year’s Future Energy Scenarios.

There is a growing excitement around the potential for EVs to take off far more quickly than expected. For example, Volvo recently announced plans for all its cars to have electric engines by 2019, Tesla’s Model 3 is about to roll off production lines and recent outlooks suggest EVs might account for the majority of car sales within just a couple of decades.

This view is reflected by the National Grid scenarios, which virtually doubled their outlook for EVs last year before nearly doubling them again today. In 2015, it said there could be up to 1.7m EVs on the road by 2025. Last year the figure was 2.8m, and this year it has risen to 4.8m.

In the UK, this growth “will have a significant impact on [electricity] demand,” the report says, adding: “If not managed carefully the additional demand will create challenges across all sections of the energy system, particularly at peak times.”

Ministers appear to share in the general enthusiasm for EVs, given the chance to combine cuts in air pollution and CO2 with future growth in the UK car industry. This optimism has been countered, by some commentators, with efforts to downplay the benefits, or overstate the risks that EVs bring.

For example, in February, the Times claimed that the UK would need 20 new nuclear plants to cope with demand from EVs. The article’s claim, repeated by the Mail Online, was later removed with a correction acknowledging a “significant miscalculation”.

Then, earlier this week, a Financial Times comment article claimed UK generating capacity would have to rise by 70% just to meet additional demand from EVs.

It’s into this mix that the National Grid published today’s Future Energy Scenarios, with a press release that highlighted the risk of big increases in peak demand if EV charging is unmanaged.

The article does go on to note that technologies such as smart charging could minimise the problem, describing 18GW as “the most extreme scenario” (see below) and including a quote from National Grid to the effect that the scenarios are not predictions.

However, the Daily Mail (“Electric cars ‘will need five new Hinkley Points'”) doesn’t point out any of these caveats in the article body. The Guardian does explore options to manage the problem but says EVs “will fuel huge demand”. Reuters and the Times both hedge their headlines with “could”.

National Grid sets out some of the challenges of EV charging and technical options available to address them in a “thought piece”. It notes that UK carbon targets probably necessitate an all-electric car fleet, which in turn would require a national charging network and on-street charging for those without a garage.

Other issues it identifies are the need to reinforce the low-voltage local power networks that connect homes to substations, and to anticipate the uptake of fast-chargers, which draw more power from the grid. Smart chargers, already on the market, will become the norm, it says, helping spread EV demand away from peaks.

This thought piece “aims to stimulate discussion”, so that the more extreme impacts on peak electricity demand can be avoided, even if the UK has many more EVs on the road. Hence its scenarios suggest that with 23-25m EVs in 2050, peak demand could be as high as 18GW, or as low as 6GW, depending how well managed the roll out is.

In generating these alarming headlines – balanced in several cases with caveats and quotes – the Future Energy Scenarios may have achieved National Grid’s aim of raising awareness of a potential problem, in an effort to avoid the worst possible outcomes.

Yet it’s worth once again stepping back and considering what the scenarios are designed to do, and questioning whether they really capture a full and realistic range of possible futures.

In his foreword to this year’s report, Marcus Stewart, National Grid head of energy insights explains: “Last year I said that we were in the midst of an energy revolution, and this year it is even more evident.”

Citing Brexit, EVs and other developments, he says: “it is impossible to forecast a single energy future over the long term…[this] range of credible futures…allows us to support the development of an energy system that is robust against a range of outcomes.”

The four scenarios, built around the company’s own modelling and extensive consultation with the energy community, come with significant caveats. Chief among these is that only one of the four, named “Two Degrees”, complies with legally-binding UK carbon targets.

Note that the Committee on Climate Change (CCC) says the UK must ultimately aim to reach zero emissions, in order to comply with the Paris Agreement. This is likely to require deeper emissions reductions by 2050 and, consequently, even the Two Degrees scenario is probably inadequate.

A case in point is National Grid’s view on the future of gas, explored in greater detail this year in a separate report, which in turn builds on a document published last November. The aim of these reports is to explore the role of gas in a low carbon future, from the perspective of National Grid, which owns and operates the UK’s gas transmission network.

Though decarbonisation is one of the starting points of the work, its lowest scenario for gas demand in 2050 (around 400 terawatt hours, TWh) is at the very top end of what would be allowed within the UK’s carbon budgets, according to a CCC report published last year.

This level of gas use in 2050 would only be permissible, the CCC says, if carbon capture and storage (CCS) is available and being widely deployed, including at industrial sites and in combination with bioenergy to generate negative emissions.

In other words, most of the possible futures for gas explored by National Grid would be out of line with UK climate goals, which suggest gas use should fall to between 400 and 300TWh in 2050, or to below 200TWh if no CCS is available.

The immediate prospects for CCS look bleak after the cancellation of UK funding and recent setbacks for schemes in the US and the Netherlands.

National Grid’s work on the future of gas plays into an evolving debate over how best to decarbonise UK heating, and whether this should involve low-carbon hydrogen distributed via a repurposed gas network.

Representatives of the UK shale gas industry suggest hydrogen could be made from fracked gas, with the CO2 emissions being captured and stored. One issue with this approach is the residual emissions from CCS, which does not capture 100% of CO2. Another is the risk of leakage during gas extraction and transport, so-called fugitive emissions.

The electric vehicle and gas outlooks produced by National Grid are just a small part of the Future Energy Scenarios work, which ranges across the entire UK energy system from transport, to heating, power and industrial demand.

Other highlights in this year’s report include much greater confidence in rapid, early growth of battery storage in the UK. National Grid now sees battery capacity reaching at least 2.1GW by 2025, across all four of its scenarios.

As recently as March this year, Cordi O’Hara, director of system operator National Grid, suggested that if battery costs continued to fall at 20% per year, then the UK could see 8GW of storage connected within five years.

However, it has now significantly scaled back its outlooks for longer-term growth, noting limited progress on adapting policy and regulation to encourage a market for batteries. Last year, it said up to 15GW could be installed by 2040. Now, it has cut this back to no more than 5GW by 2040.

“Looking back at the past year we can see storage growth being driven primarily by market opportunities and technological progress, rather than regulatory evolution,” says a National Grid brief that accompanies its scenario work.

Beyond a certain level, it says additional storage would become uneconomic, as it would cannibalise revenues from existing storage or electricity flexibility providers.

Note that this year’s four main scenarios are accompanied by a series of “sensitivities”, to test a wider range of outcomes “beyond our traditional range”. One of these, called “Consumer Renewables”, sees rapid growth of “prosumers” that produce some of their own electricity needs. In this case, National Grid sees battery storage capacity topping 40GW by 2050.

Another of the sensitivities – missed by the newspaper headline writers – is called “High EV”, and tests the impact of even faster and wider adoption of the technology. It sees all 35m cars in the UK becoming electric in 2050, with a limited spread of autonomous vehicles and an unmanaged grid, where most consumers charge up at similar times.

In this worst-case scenario, peak EV electricity demand could reach 30GW, far more than the 18GW highlighted in the press. This is equivalent to half of current peak demand on the GB grid.