Five innovations that could cut the cost of offshore wind

Cost-cutting innovations are important because a growing share of the UK’s electricity is generated by offshore windfarms. The UK has 4,042 megawatts of  offshore wind capacity, more than any other country in the world.

These windfarms supplied 3.6 per cent of the UK’s electricity in the  12 months to October 2014, a tripling in three years. The amount of electricity we get from offshore wind is expected to at least  double by 2020.

Offshore windfarms are attractive to politicians because they’re typically built out of sight, plus the wind blows harder and more consistently out at sea. The snag is that they’re expensive, nearly twice as costly as onshore windfarms per unit of electricity generated and 50 per cent more costly than nuclear power, according to a  recent EU study.

The expense is largely down to the difficulty of installing and maintaining large wind turbines able to withstand the elements.

This week the Royal Society has published a special journal issue devoted to offshore innovation. It has 16 papers covering everything from designing better turbines using computers and miniature models to cutting the cost of installation and maintenance through remote sensing. Here are five ideas from the special issue that caught our eye.

Ever-larger offshore wind turbine designs pose a big engineering challenge. They typically have to be secured in deeper waters, against larger waves and able to withstand heavier loads from their bigger sails. This strains the limits of standard ‘single pile’ foundations.

Developers are starting to use a  range of new foundation designs, from tripods to floating platforms. But  one of the Royal Society papers suggests a novel option: helical piles. Instead of driving a single hollow steel tube foundation into the ground with a pile driver, helical piles are essentially giant screws that would be screwed into the sea floor. 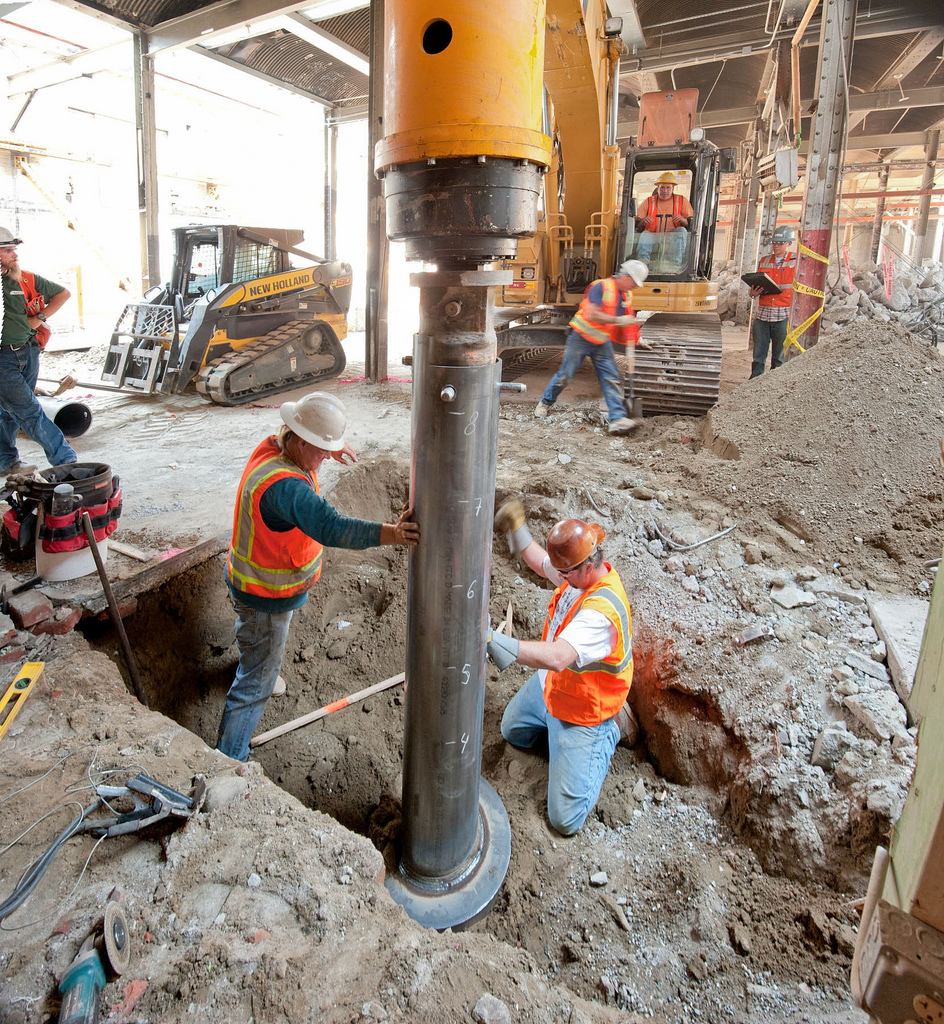 A ‘helical pile’ foundation being screwed into place in Seattle. Credit: SDOT Photos

There are already used on land for some applications and offer several advantages, the paper argues. They can also be ‘unscrewed’ when the turbine reaches the end of its life, easing decommissioning.

The paper says they’re stronger and suitable for a wider range of soils. Screw-in piles would also bypass concerns over the  noise impacts on whales and dolphins caused by pile-driving traditional foundations.

The only problem? Screwing the piles in without spinning the installation boat round and round. One answer may be to screw two helical piles in at one, in opposite directions.

As the blades on wind turbines get larger it becomes more and more difficult to stop them flexing in the wind. Add in movement from floating turbines that bob on the ocean surface and the potential for wobbles and vibrations becomes more of a problem. These vibrations reduce the power output of turbines and risk damaging windmill components through fatigue.

One common approach to vibration control is to tilt the turbine blades so as to reduce the forces acting on the machine. But this also reduces power output, according to one of the special issue papers.

It suggests an alternative – using active ‘tendons’ built into the inside of turbine blades. These could dynamically adjust the tensions inside the blade in response to changing wind conditions. The authors say this could reduce bad vibrations without losing so much power.

A second paper on vibration control suggests using multiple tuned liquid dampers to minimise movement in floating turbines. Dampers are widely used in construction and can be as simple as a heavy pendulum that counteracts a building’s movements due to wind or earthquakes. 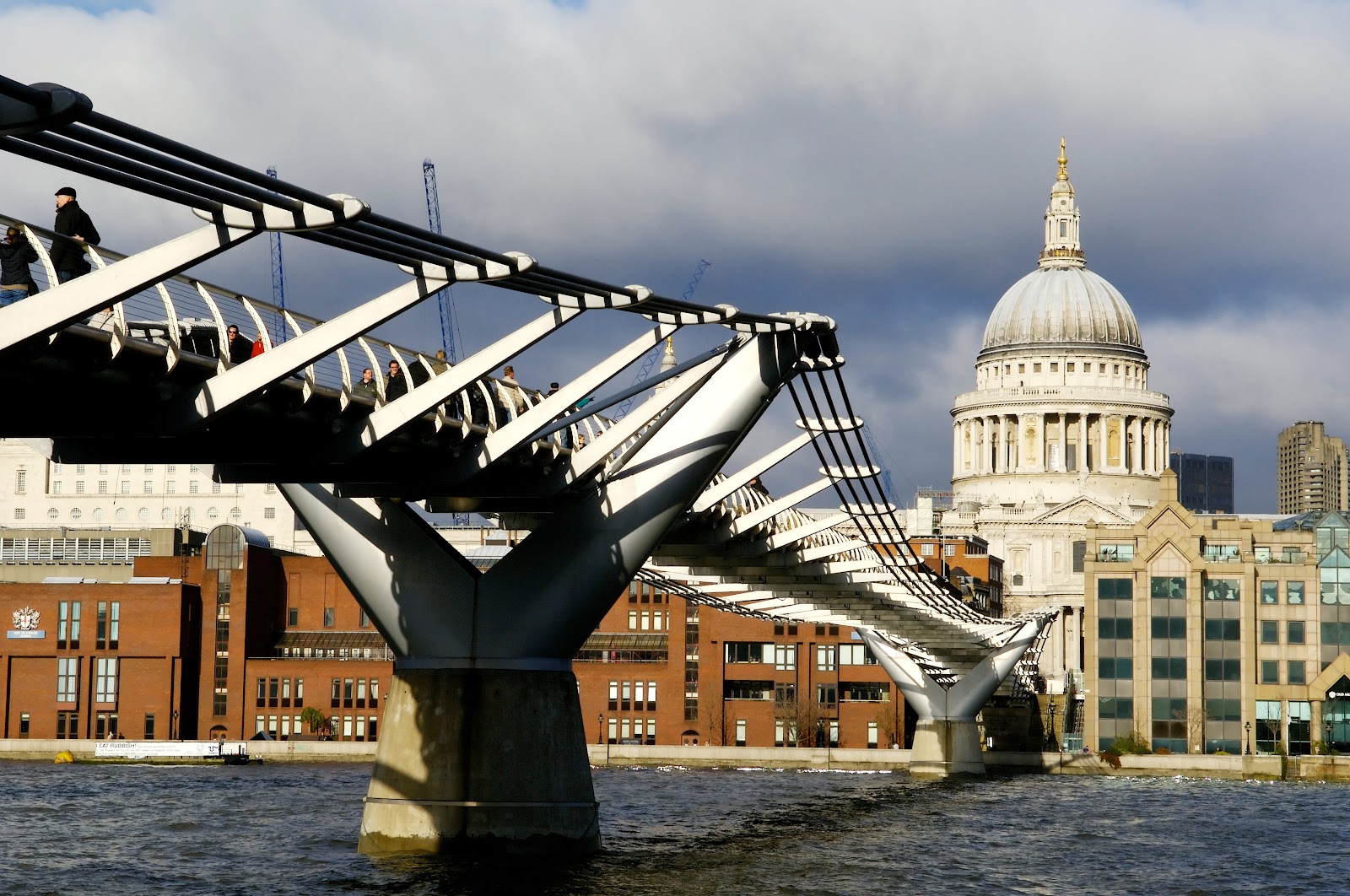 Dampers solved London’s famously wobbly millenium bridge and are installed in buildings such as Canary Wharf’s One Canada Square and Berlin’s TV tower. Tuned liquid dampers are a little more complex but essentially amount to specially shaped tanks of water, where the sloshing motion counteracts movements caused by wind and waves.

Floating turbines are one option for windfarms in deep water, with several multi-megawatt turbines already under development such as the Hywind prototype being developed in the North Sea.

Improving the aerodynamic design of these massive machines is crucial to minimising costs by extracting maximum power for a given turbine size. Developers use computer models to help improve their plans but this is particularly complicated for floating turbines because of the way they bob and sway on the water.

More sophisticated computer modelling methods are discussed in several of the papers, including one that adapts techniques normally used to refine helicopter blades. But computer modelling can only take you so far. That’s why scientists are playing with scale models of floating wind turbines, with results reported in two other papers. This work helps check that simulation results are accurate and is considered an essential part of preliminary design, before field tests can happen.

Almost all wind turbines use the classic windmill design, what’s called a horizontal axis rotor on top of a tower. These are top-heavy, which is something of a problem for floating designs since heavy ballast is needed to prevent the structure rolling over. 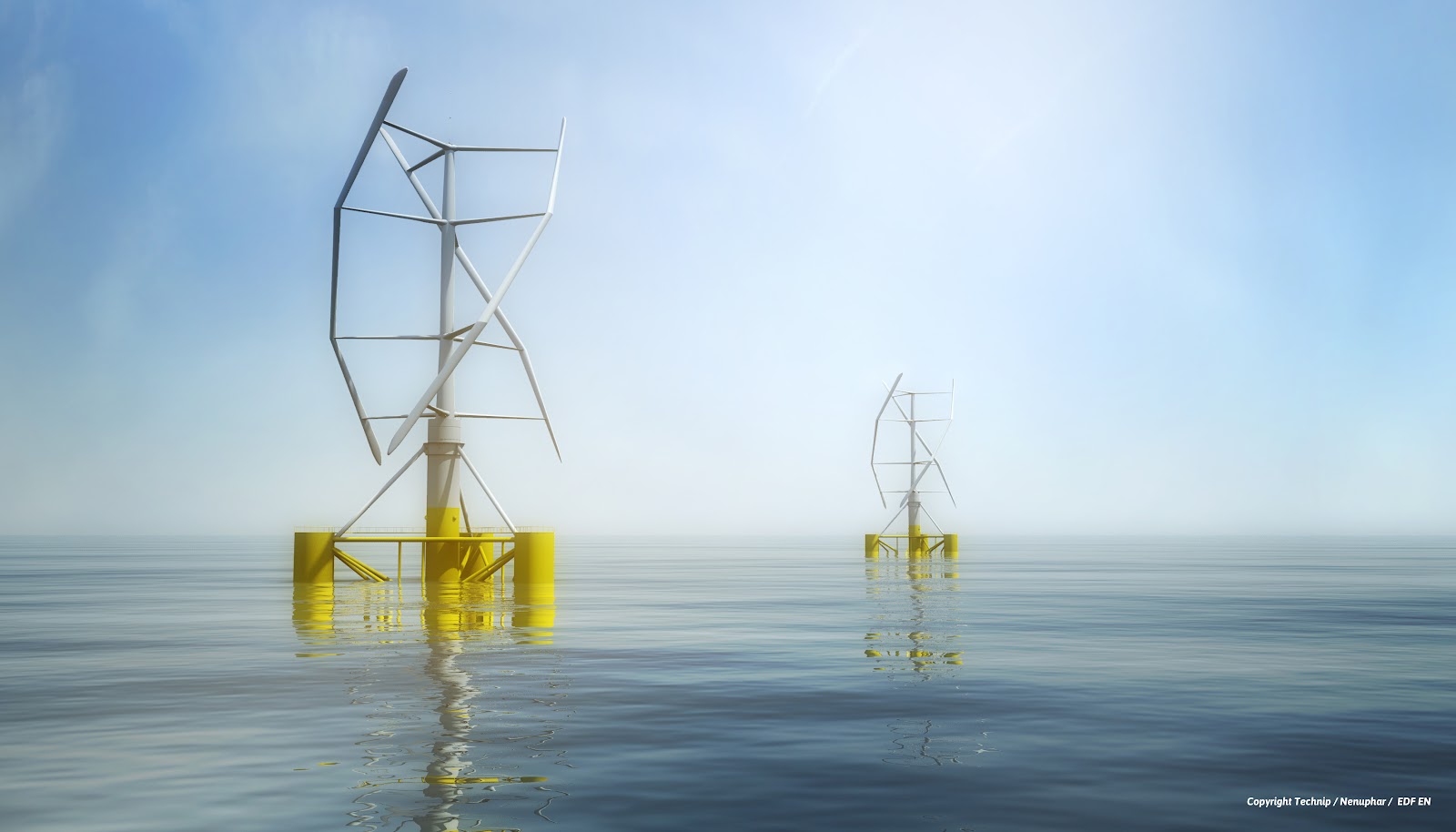 One paper in the special issue compares this option to the alternative where the turbine turns on a vertical axis as shown in the image above. This means there is no need to balance a large gearbox and massive sails 100 metres above the ocean surface.

Vertical axis floating turbines could be lighter and more stable, the paper suggests. This could save money as support structures would not need to be so heavy and strong. The paper’s authors explain their ideas in a blog at the Conversation.

A useful, if sceptical roundup on the prospects for the vertical axis floating turbines already being developed is available over at news site Cleantechnica.

A final set of papers in the special issue look at how researchers are teaching computers to spot damaged turbines from afar. This could help reduce the need for expensive maintenance visits.

Machine learning algorithms can learn from data inputs so they can be useful in the face of information not covered by hard-coded instructions. They are already used in applications as diverse as self-driving cars and web search. 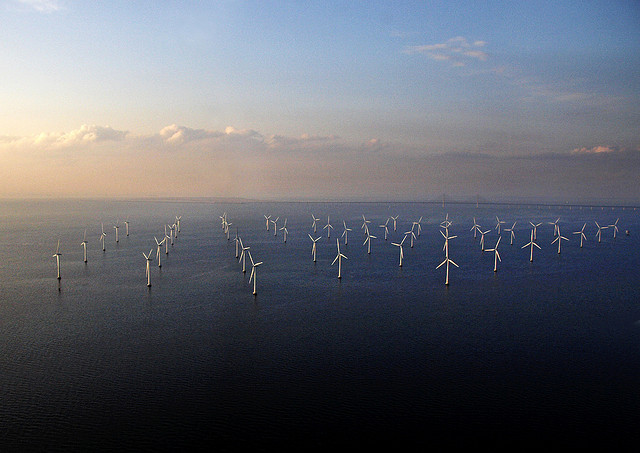 The researchers show how machine learning can be applied to spotting damaged turbines in a real windfarm, the Lillgrund offshore site operated by Swedish firm Vattenfall. The algorithm is fed data on each of the 48 turbines at Lillgrund. It then predicts the power output for each turbine in real time and damage shows up if the actual output is different.

Offshore wind is so important to the government’s plans for cutting UK carbon emissions that back in 2012 it set up a task force to help industry bring down costs. The idea was to get down to £100 per megawatt hour by 2020, around the same price as nuclear.

Cutting costs that far is going to be tough, and the industry’s going to need all the help it can get. So this week’s Royal Society special is sure to be of interest.