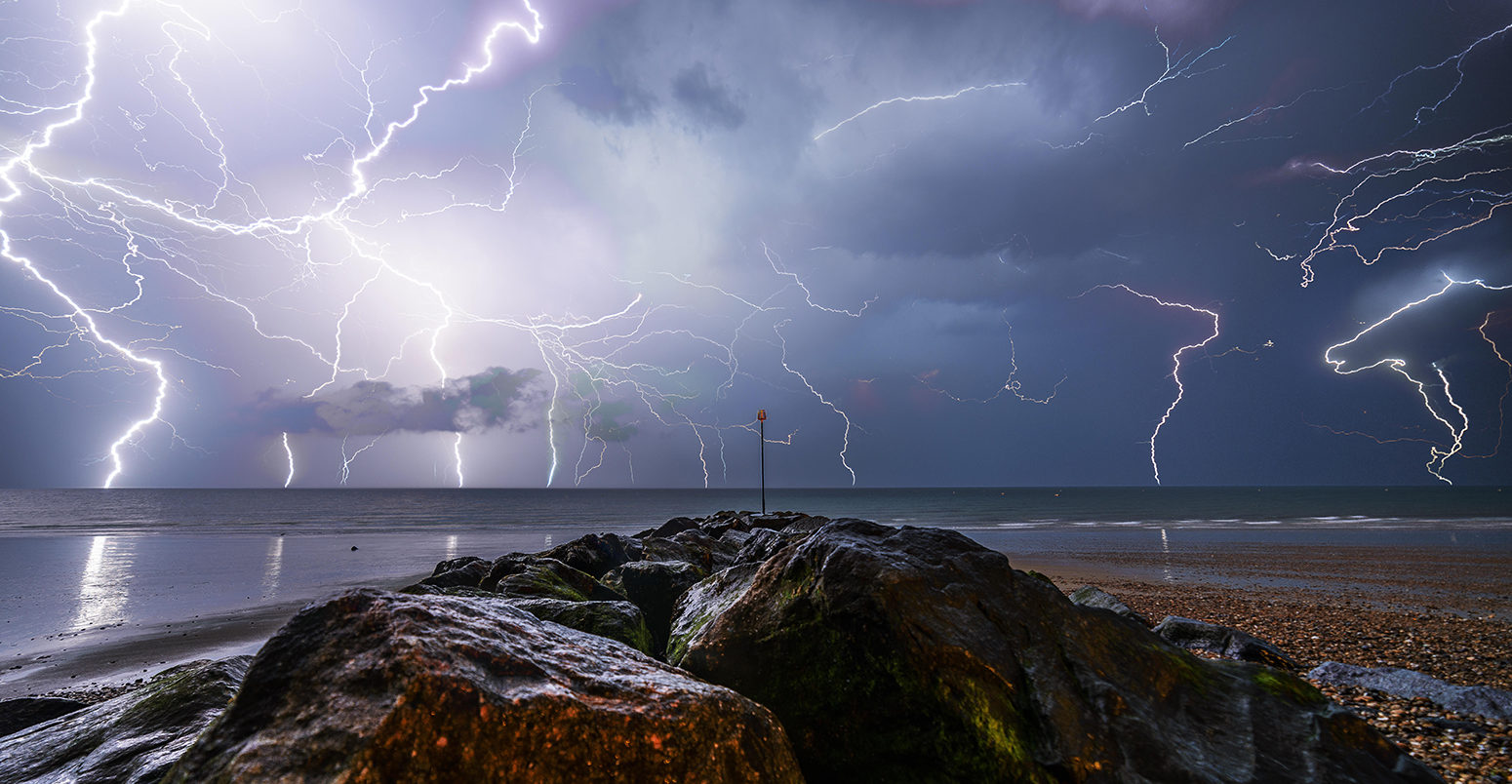 13.11.2017 | 4:00pm
StormsShifting storms under climate change could bring wilder winters to the UK

The research uses modelling to investigate how rising global temperatures could change the movements of mid-latitude storms by the end of the century. These storms form outside of the tropics and are ferried across the Atlantic towards the UK along pathways known as “storm tracks”.

In a warmer world, these storm tracks are expected to shift to be closer towards the poles, the author tells Carbon Brief.

This means that mid-latitude storms could travel further before reaching their maximum intensity and, as a result, countries further from the equator, including the UK and the US, could face more frequent and more intense storms during winter months.

Much of the UK’s more tempestuous winter weather is caused by storms blowing in from the Atlantic Ocean. The storms form in the mid-latitudes where warm air moving up from the tropics meets cold air coming down from the Arctic. These storms are called “extratropical” because they form outside of the tropics, and they’re often referred to as “cyclones” because the storm weather system rotates anticlockwise. (However, they shouldn’t be confused with tropical cyclones that form in the tropics and can spin up to become hurricanes.)

Similar storms affect other mid-latitude countries in both the northern and southern hemisphere.

Previous studies have shown that, as temperatures and sea levels rise, extratropical storms may be able to form further from the equator, which could make it easier for them to spread polewards towards Europe and parts of North America.

However, the new Nature Geoscience study finds that climate change will not only influence the “birthplace” of extratropical storms, but will also provide them with more “fuel”, allowing them to travel further towards the poles, explains lead author Dr Talia Tamarin-Brodsky, a researcher from the University of Reading. She tells Carbon Brief:

“Most previous studies indicated that the regions of maximum storm activity shift poleward under climate change. However, most of these arguments involved changes in the latitude of where these midlatitude storms are ‘born’.

“Our study highlighted another aspect of the shift – we showed that the storms are not only generated more poleward, but they actually also travel larger distances. This means that the storms reach their maximum intensity at higher latitudes in a warmer climate.”

Using a set of 20 global climate models, the researchers simulated future changes in the behaviour of storms under a scenario where greenhouse gas emissions aren’t curbed (known as “RCP8.5”).

The researchers tracked both the frequency and movements of artificial storms forming above mid-latitude regions between the years 2080 and 2099. Tamarin-Brodsky explains:

“What these models show very robustly, as was shown by others in previous studies, is that the latitudinal position of the storm tracks shifts poleward. The ‘storm tracks’ are those regions in midlatitudes where storm mainly pass and are mainly active.”

The models also reveal that extratropical storms are likely to travel further polewards before reaching their maximum intensity, Tamarin-Brodsky says.

You can see this in the maps below, which show the historical locations (top left map) and starting points (top right) of extratropical storms tracks (for 1980-99). The red and orange shading shows where most storm tracks are found. You can see, for example, the density of storm tracks across the Pacific and Atlantic oceans.

The lower maps show the changes expected under RCP8.5 by 2080-99. Yellow and red indicates where the storm tracks are projected to shift to, and the blue shading indicates the move away from lower latitudes. A comparison of storm track density (a) and birthplace (b) in the northern hemisphere from 1980 to 1999 to a projected storm track density (c) and birthplace (d) in 2080 to 2099 under RCP8.5. Yellow and red indicates a shift to higher latitudes, whereas light and dark blue shows a shift away from lower latitudes. Source: Tamarin-Brodsky & Kaspi (2017)

Climate change is expected to influence two physical processes that are key to the formation and movement of extratropical storms, Tamarin-Brodsky says.

The first of these processes involves the winds in the upper atmosphere that are necessary for storms to grow and travel. These winds are likely to become stronger as temperatures rise, the models suggest. Tamarin-Brodsky says:

“The second process is related to latent heat release. The hotter air in a warmer climate will contain more water vapour, and thus more heat will be released when the vapour condenses into drops.”

“The hottest, wettest air is circulating up the eastern flank of the storm – to the northern side – and releasing latent heat there. This process pushes the storm northward (or southward in the southern hemisphere), and this effect will also be stronger in a warmer climate.”

These changes are likely to most strongly affect regions that are close to the northeastern ocean boundaries, such as the US west coast and the UK. This is because extratropical storms generally form to the east of land masses and move westwards, gaining intensity as they go, explains Tamarin-Brodsky:

“In the Northern Hemisphere, midlatitude storms are usually generated over the oceans close to the east side of the continents, such as to the east of Japan and off the eastern coast of the United States, and generally travel eastward and somewhat poleward along similar paths.”

In the UK and the US, these physical changes could lead to more frequent and more severe storms, she adds:

“[The models] showed that both the number and the wind speed of cyclones increase in the UK and the British Isles.”

The research also hints at more stormy weather in northeastern parts of the US and Canada, says Prof Dan Chavas, a researcher in atmospheric sciences at Purdue University. He tells Carbon Brief:

“The methodology is nice because they are actually tracking the storms themselves rather than looking at some broader proxy of the storm track. Their results may have implications the frequency of storm events hitting northeastern coastal boundaries, such as those in northeast US and eastern Canada, since storms tend to move poleward more quickly in a warmer climate.”