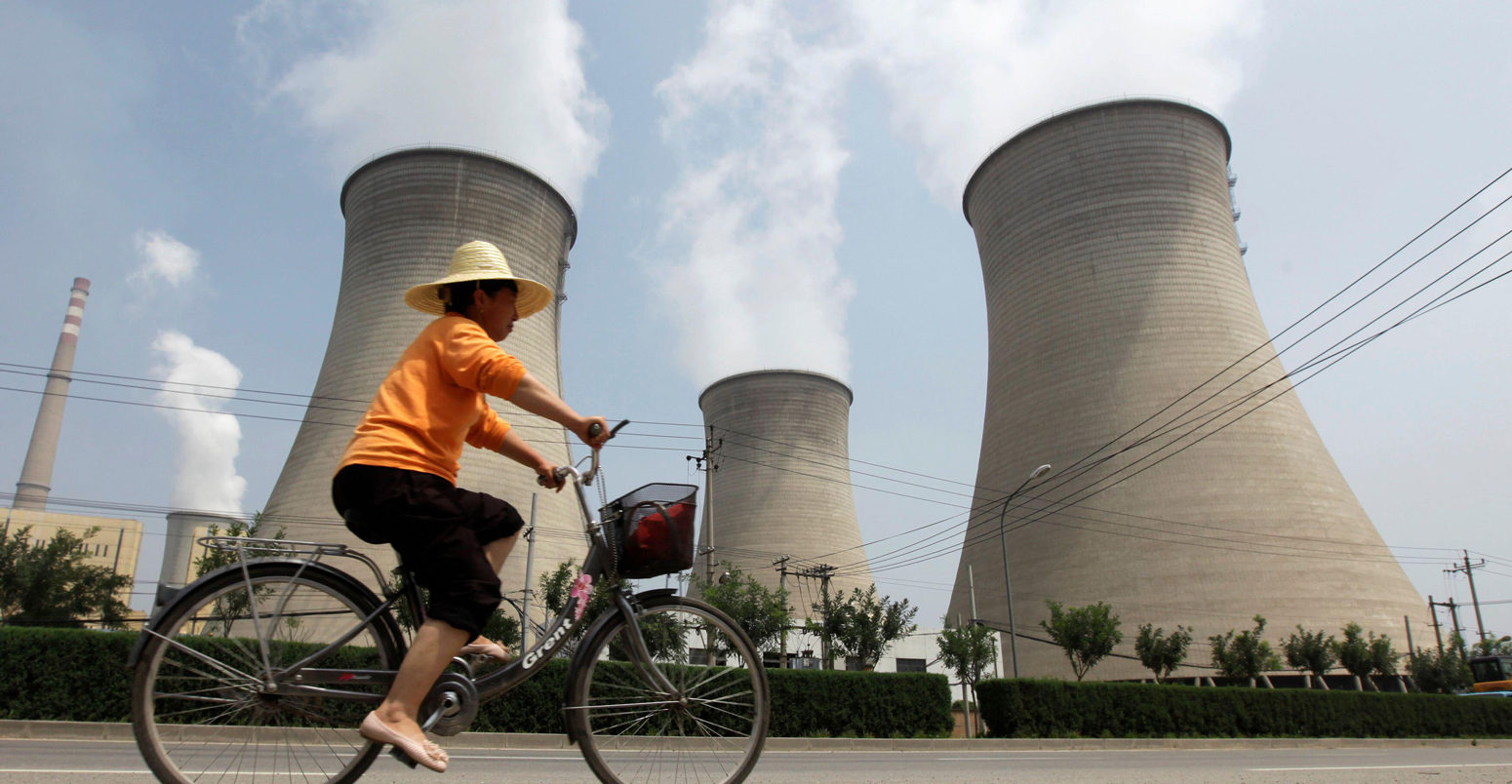 Guest post: Why China is set to significantly overachieve its 2030 climate goals

China, which is currently the world’s largest greenhouse gas emitter, is said to be “doubling down” on coal and gas in the wake of a domestic energy crisis and the Russian invasion of Ukraine.

China is continuing to build up its domestic fossil fuel production capacity and strengthening its portfolio for energy imports, even as it accelerates renewable power deployment.

Its energy decisions over the next few years will have large implications for its emissions trajectory towards 2030, its pathway towards the 2060 carbon-neutrality goal, and for global warming as a whole.

These recent developments are reflected in our latest Climate Action Tracker assessment of China’s current targets, policies and climate action, published today, which shows its emissions are likely to increase in the short term.

Yet our assessment shows the country is also set to significantly overachieve the targets it promised internationally for 2030, with emissions peaking by 2025. This means that China could increase the ambition of its targets, even without changing the path of its emissions this decade.

On the other hand, we find that this emissions trajectory – and China’s current targets – are incompatible with what would need to happen on a global level to limit warming to 1.5C. If all countries adopted an equivalent level of ambition, we would expect warming to reach 3C.

This article unpacks the details behind our outlook and points to possible ways in which China could take further steps to enhance its commitments towards achievement of global climate targets.

In early 2021, a shift from coal initially appeared to be a political priority as president Xi Jinping announced that China would “strictly control coal consumption” over the 2021-25 period and “phase down” consumption thereafter.

China’s total energy consumption and electricity demand had been rising after a post-pandemic economic recovery built on heavy industries, with 2020 seeing increases in the consumption of coal and gas, and in the production of cement and steel.

Much of this demand growth has historically been met by coal, which makes up around 60% of electricity generation – and coal remains the backstop if growth in zero-carbon supplies falls short.

Despite its earlier rhetoric on coal controls, the government responded to widespread power shortages that began in May 2021, by introducing coal-friendly policies including opening new mines, raising coal cap prices, and increasing production targets.

By the end of 2021, newspaper reports suggested China was reneging on Xi’s earlier signals to, instead, focus on shoring up coal – and coal production reached its highest recorded yearly output.

At the end of the year, the China Electricity Council (CEC) forecast the country would install another 180 gigawatts (GW) of coal-fired power before 2030, the majority of which would be built before 2025.

Russia’s invasion of Ukraine ushered in additional shocks for China’s fossil fuel supply and, once again, threw the spotlight on energy security concerns. Before the invasion, Russia and China had agreed long-term oil and gas contracts to increase imports into China. It remains uncertain whether China will risk incurring western economic sanctions in continuing to do business with Russia.

Energy security concerns were emphasised again during China’s “two sessions” in March 2022 and confirmed in the subsequent 14th five-year plan (FYP) for energy, with targets to build greater power and energy production capacity while raising output targets for crude oil and gas.

We also estimate that emissions could rise by another 3% by 2025. Crucially, however, we find that current policies imply China’s emissions reaching a peak around 2025 before falling gradually towards 2030, as shown by the pink in the chart below.

(With this trajectory, China’s per-capita emissions will remain stable until 2030 at a level that by then is projected to be 40% above that of the EU.)

Past (red) and projected (pink) greenhouse gas emissions in China under current policies, compared with estimated emission levels implied by achievement of individual targets in its nationally-determined contribution (NDC) under the Paris Agreement. Note that the graph displays the upper bound of our current policies scenario, which is more likely given recent developments. For full details on our projections, methods, and data, please see the relevant section of the Climate Action Tracker assessment. Chart by Carbon Brief using Highcharts.

China’s international climate pledge (its nationally determined contribution, or NDC) promises to peak CO2 emissions “before 2030” and to reduce the country’s carbon intensity – its emissions per unit of GDP – by “over 65%” in 2030 from 2005 levels.

Our analysis suggests that both of these goals will be significantly overachieved. We project that China will peak CO2 emissions in 2025 – or slightly after – at around 11.9GtCO2 excluding LULUCF. And we expect China to achieve a 67% reduction in carbon intensity below 2005 levels by 2030. Other researchers have also projected earlier peaking, at similar levels.

Both of these pledges depend on the consumption of fossil fuels, which is projected to peak and start declining, rather than on China’s production capacity, which is due to expand.

Either way, the additional coal capacity being built in China will add to its growing stranded asset risks, which could end up exceeding $150bn, according to one recent analysis.

China could alternatively invest in accelerating other elements of the clean energy transition such as green hydrogen, which is only expected to make up less than 1% of the country’s hydrogen production in 2025, according to China’s new strategy.

A major question mark has been whether short-term energy demand growth in China will outpace the ability of renewable energy to replace fossil fuels. In our projections, fossil gas use is due to rise almost 70% from today’s levels by 2030 – to up to 12% of the energy mix – as a core strategy to partially displace coal. Accordingly, we expect coal consumption to peak and start declining after 2025, while oil plateaus before 2030.

While China’s short-term shift from coal to gas may be unavoidable, reliance on fossil gas as a core strategy poses risks for both energy security and the climate.

Meanwhile, China’s renewables installation is booming. Its 2030 targets include non-fossil fuels reaching “around 25%” of primary energy consumption and increasing the installed wind and solar capacity to 1,200GW. Again, our assessment is that it will overachieve these targets.

To get there, China has been implementing a slew of mid-term domestic targets under its 14FYP for 2021-2025, including achieving 20% non-fossil share of energy consumption, half of installed capacity from renewables and around 39% non-fossil power generation.

Our projections show China is likely to overachieve both its renewables installation and non-fossil energy targets. We project solar and wind capacity will exceed a combined 850GW in 2025 and 1,500GW in 2030. If China were to install renewables at the rate it has done since 2019, the values would be even higher.

It is clear that China could continue this huge momentum. China could announce new targets this year to signal its continued leadership in this area and help spark an accelerated international transition, while clarifying its own long-term energy strategy.

In a scenario where China only achieves – but does not overachieve – its 1,200GW or 25% non-fossil share targets, greenhouse gas emissions would reach around 14.5GtCO2e in 2030, over 5% higher than what we project would happen anyway under current policies.

Getting on track for 1.5C

China’s mid-century target aims to reach carbon neutrality “before 2060” with the non-fossil share of energy consumption reaching 80% by that year.

(China’s climate envoy, Xie Zhenhua, said last year that the country’s goal of achieving “carbon neutrality” before 2060 refers to the neutralisation of “all greenhouse gases”, not just CO2. However, this was not spelt out explicitly in China’s climate pledges to the UN. Therefore, our main projection takes a conservative approach in assuming the 2060 target is for CO2 only, later than the “early 2050s” deadline for 1.5C pathways in the latest IPCC report. If, on the other hand, China’s 2060 target applies to all GHGs, then it could reduce global warming in 2100 by 0.1C.)

According to the Energy Research Institute, a government affiliated thinktank, China’s pathway to achieve its 2060 carbon neutrality target would need 1,650GW of wind and solar in 2030, some 450GW more than the NDC target. Our results suggest that China’s renewables installation is on track to meet this higher level.

On the other hand, according to the IPCC, pathways limiting warming to 1.5C involve cutting global greenhouse gas emissions in half by 2030, similar to the reductions needed for China as the largest global emitter.

In contrast, our projections show China’s emissions are likely to continue increasing to 2025 before dipping only slightly to 2030 roughly back to today’s levels.

Coal will remain the dominant fuel source well past this decade, in contrast to a global decline of 75% below 2019 levels in 1.5C pathways.

As a result, our assessment is that China’s currently planned energy and climate developments imply an emissions trajectory to 2030 that – if applied at the global level – would be consistent with 3C of warming, well above what would be necessary to keep warming below 1.5C.