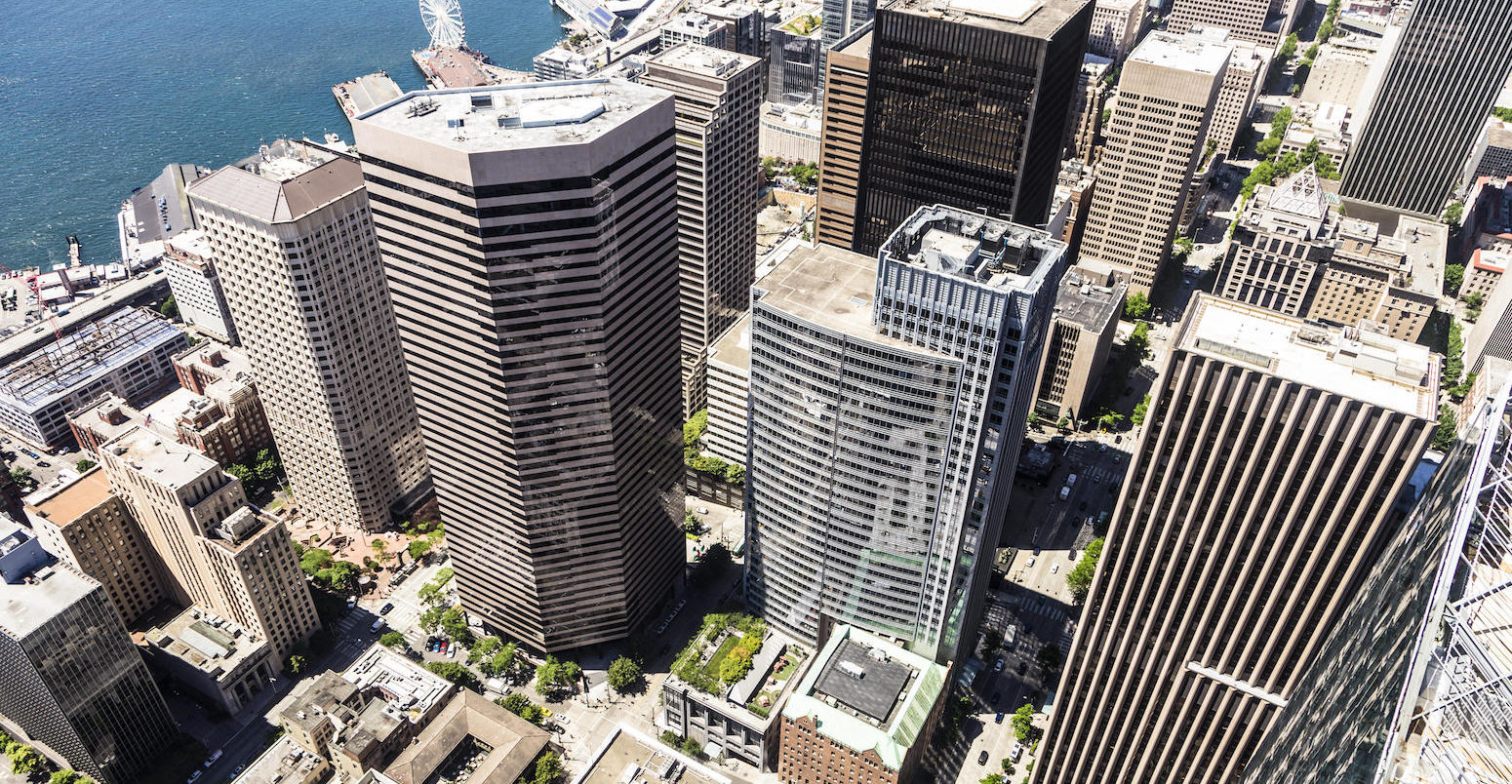 Just 1% of the world’s population was responsible for almost a quarter of greenhouse gas emissions growth over 1990-2019, new research finds.

The study, published in Nature Sustainability, highlights the inequality in peoples’ greenhouse gas footprints – a cornerstone of the climate justice movement.

In 2019, people living in sub-Saharan Africa produced 1.6 tonnes of CO2 equivalent (tCO2e) each on average, the study finds. In North America, average per capita was more than 10 times higher, while the top 10% of the continent’s emitters produced almost 70tCO2e.

To have a “high” chance of limiting global warming to 1.5C above pre-industrial temperatures, average global per-capita emissions need to fall to 1.9 tCO2e by 2050, the study notes.

When assessing individual contributions to global warming, researchers often focus on emissions from goods and services that people consume. This study presents an update to this method by also including the emissions from a person’s investments in their greenhouse gas footprint. This allows the study to more accurately represent the emissions of the wealthy – which largely come from investments.

“Individuals can consume carbon, but they can also own [and invest in] firms that produce carbon,” the lead author of the study tells Carbon Brief, adding that his work “is proposing a method that is going to integrate these different bits of our carbon footprints together”.

Update: This article, including the headline, was updated on 03/10/2022 to correct the statement that top 1% of emitters was responsible for almost a quarter of emissions since 1990. This is actually a quarter of emissions growth since 1990. Carbon Brief has notified the study author and this update is made in advance of a possible correction to the wording of the original paper.

Humans release billions of tonnes of CO2 into the atmosphere every year. However, these emissions are disproportionately produced by wealthier people, who typically live more carbon-intensive lifestyles.

Recent research suggests the average person living in sub-Saharan Africa produces 0.6 tonnes of carbon dioxide (tCO2) every year, while the average US citizen produces 14.5tCO2. Carbon Brief analysis has also shown that the US alone is responsible for one-fifth of all CO2 emissions since 1850.

The new paper uses an income and wealth inequality dataset from the World Inequality Database to track inequality over 1990-2019. It combines economic data with information on per-capita carbon footprints – calculated using “input-output” methodologies combined with data from the “distributional national accounts” project.

The paper assesses three components of a person’s greenhouse gas footprint. The first is private consumption – made up of emissions from the direct use of fuel and emissions embedded into goods and services. The second includes emissions from government spending in that person’s country – such as government administration, public roads or defence.

The final component of a person’s carbon footprint is investment. Dr Lucas Chancel, from the Paris School of Economics, is the sole author of the new study. He tells Carbon Brief that when someone invests in a company, they are in part responsible for the emissions produced by the day-to-day activities of that firm.

Chancel highlights the global inequality between high and low emitters:

Sub-Saharan Africa has particularly low per-capita emissions. The bottom half of emitters are responsible for just 0.5tCO2e each year, while the top 10% emit around 7.5tCO2e.

In contrast, even the bottom 50% of emitters in North America have annual emissions above 10tCO2e. Meanwhile, the top 10% of the continent’s emitters are responsible for almost 70tCO2e every year.

Dr Anne Owen – a senior research fellow at the University of Leeds, who was not involved in the study – tells Carbon Brief that this is “an ambitious and impressive piece of work”, adding that the “robust” data and methods “allow for a consistent comparison between countries”.

Chancel tells Carbon Brief that the broad trends in emissions inequality have not changed much over the study period, but notes that “at the very top of the distribution, you see quite a bit of action”.

This can be seen in the left-hand chart below, which shows the percentage change in per-capita emissions for different global emitter groups over 1990-2019 (blue line). In general, individuals in richer countries fall into the “higher emitting” groups, and are found on the right of the chart, while the lowest emitters are found on the left.

Percentage change in per capita emissions for different global emitter groups over 1990-2019 (left) and changes in emissions inequality between countries and within countries, based on an “index of inequality” (right). Source: Chancel et al (2022).

Dr Narasimha Rao – an associate professor of energy systems at the Yale School of Environment, who peer reviewed the study – tells Carbon Brief that it is “striking”, but “unsurprising” to see “the disproportionate growth in the emissions of the global elite around the world”.

Growing inequality within countries has also shaped global emissions over the past three decades, according to the paper.

It finds that, in 1990, while the average citizen of a rich country “polluted unequivocally more” than much of the rest of the world, the wealth gap between individuals within the same country was “on average lower across the globe than today”. However, “the situation has entirely reversed in 30 years”, the study says.

“Economic inequality within countries continues to drive a lot of the dynamics that we observe in terms of pollution,” Chancel tells Carbon Brief. He adds that understanding these inequalities is “key” to understanding “how to solve the climate crisis”.

In February 2022, a group of researchers published a study on the global inequality in carbon emissions. It found that the average carbon footprint in the top 1% of emitters was more than 75-times higher than in the bottom 50%.

Dr Wiliam Lamb – a researcher at the Mercator Research Institute, who was not involved in the study – praised the paper. However, he told Carbon Brief that by focusing solely on consumption, the paper did not accurately capture the emissions of the “super-rich”, as “their earnings may be derived from investments while their expenditures can be shrouded in secrecy”.

Chancel tells Carbon Brief that “people who think about carbon footprints just from the point of view of consumption don’t have the entire picture”. By using a “systematic combination of tax data, household surveys and input-output tables” the new study is able to more fully represent the emissions of the very wealthy, it says.

“Individuals can consume carbon, but they can also own [and invest in] firms that produce carbon. So here the exercise is proposing a method that is going to integrate these different bits of our carbon footprints together in a consistent framework where I’m not counting the same tonne of carbon twice.”

The plot below shows the percentage of emissions from different emitter groups that come from investments – rather than consumption of goods and services or government spending.

Chancel explains that this change in investing patterns is driven by the rising wealth gaps within countries.

Dr Klaus Hubacek – a professor of science, technology and society at the University of Groningen, and author of the study published earlier this year – tells Carbon Brief that he is “excited” about the inclusion of investments in this study and that “more effort needs to go into that direction”.

To put these results into context, Chancel compares present-day emissions to those needed to limit warming to 1.5C or 2C above pre-industrial levels.

The plot below shows average carbon footprints in different regions of the world in 2019 and the average global emissions needed to limit warming to 1.5C or 2C – assuming that emissions are split evenly across the global population.

The plot shows that to limit warming to 1.5C, average per-capita emissions need to drop by more than two-thirds from their 2019 value of 6tCO2e. This would require all regions except sub-Saharan Africa to reduce emissions, the paper says, and citizens of North America would need to slash its emissions more than 10-fold to meet the target.

In addition, a “large part of the population in rich countries already appears to be near 2030 national climate targets when these are expressed in per-capita terms”, the paper notes.

For example, it says, “nationally determined contributions (NDCs) established under the rubric of the Paris Agreement imply a per-capita target of around 10t of CO2e in the US”. The chart below shows 2019 per-capita emissions by income group (left) and how much these would need to change to meet the 10tCO2e target (right) for the US (top) and China (bottom) for 2030.

In the US, the richest 10% of the population would have to reduce its emissions by nearly 90% to reach the 2030 target. However, the bottom 50% of emitters would need to make little change.

In China, the difference between emitter groups is even more noticeable. All but the top 10% of the population could stay below their personal greenhouse gas allowances, even if their emissions rise considerably between today and 2030, the study finds. However, the top 10% of the country’s emitters would need to slash emissions by around three-quarters.

“Much is written about the emissions-intensive growth of people buying new appliances and cars as they rise out of poverty”, Rao tells Carbon Brief. However, he says this study “starkly reveals the need to focus on luxury emissions”.

Chancel tells Carbon Brief that he would like to see governments keeping track of how emissions are distributed across their countries, as they do with wealth and GDP data. “There is a lot of work ahead,” he says.